Upholding justice to the voiceless and defenceless people who wear their crosses throughout their life under the revenge of poverty ,tyranny , suppression, oppression and corruption he emerges as messiah to emancipate these lacerated soul from deep fatigue and slumber through his instrument of PIL.
Mr Radhakanta tripathy a name matches to the sloka of The Gita (when the world is in tyranny, when injustice prevails will descend on the earth to uplift and emancipate the oppressed people and give them ray of justice.) Mr Tripathy belongs to small village of Undivided Balasore district (Now Bhadrak) of Odisha, by profession is a lawer, whose crusade against injustice and suffering not compounded in Odisha only but state of action extends from Kashmir to kanyakumari providing panacea to the sea of suffering humanity through his Instrument of PIL without unfettered by ignominy of his thousands of clients who really benefitted by him or also elevated by any reward or recognition. 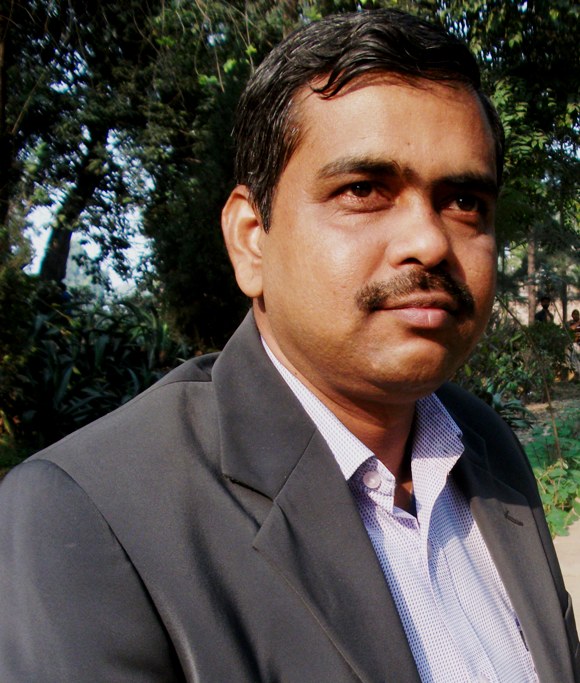 His soul bleeds for suffering people living in the remotest area of country personally unknown to them which propels him to set his march to fight for their right. By now, he has crossed eleven thousand five hundred marks in filing human rights cases before the National Human Rights Commission.
Thousands of nameless villagers of Assam, inhabitants suffering from lack of basic amenities in the remote villagers of India have been ensured justice without knowing him personally. He could bring law into action in cases of death due to manhole, electrocution, man-animal conflict, starvation or malnutrition, etc. Tripathy is one of the unsung and unnoticed heroes of the world who is responsible for resolving many issues in India.
Till date, nobody has paid a single paisa or extended help to him in the voyage of his struggle for protection of human rights and environment. As an individual, his contribution is unparalleled.
Out of eleven thousand cases, substantial ones relate to the denial and deprivation of basic human rights of the Scheduled Castes and Scheduled Tribes and poor, marginal and destitute living in the remote parts of Odisha. Even if none has paid a penny for his endeavor, his tireless effort made social justice a reality.
He is the Founder of “Universal Neighbourhood Day” and “World Rest Day”. Both the days have been appreciated by the India Book of Records.
Another day in the field of environment protection, “World Clay Day”, which is Tripathy’s creation, has already been recognized by the Limca Books of Records.

Describe the current position of human rights in India and suggest ways for its betterment.
Population explosion with lack of commensurate basic amenities, education, etc., makes things worse. However, things seem to improve in certain areas and their lack need serious attention in certain other areas. A commitment to bring education and maintain sustainability while executing plans and projects from different branches of knowledge is required for betterment of human rights of common human being in India. The world deviates from “Wholistic” to “Holistic”, which in my opinion is too linear. An education system that promotes a broad world view is bound to ensure better human rights and produce humane thinkers.
Would you briefly tell the obstacles you face in your life?
When one tries to fight against an unruly system, corrupt practice, etc,, the obstacles are manifold. It starts from the system, spreads to financial hazard, threats, sacrifice of personal life, etc.; which the person who suffers only can realise. Not that everything can be expressed in words.
You have been working long covering the entire country. What are the major issues you come across?
The children in Assam detention homes, plight of refugees in Mizoram and Tripura, fake encounters in various parts of India, social evils like sorcery, witchcraft, child marriage and virginity test, etc., disturbed me a lot. I have been fighting for the causes in the National Human Rights Commission (NHRC). The most sensitive issues relate to large-scale displacement in Odisha. I visualise a ray of justice through my petitions. Lack of basic amenities in villages, schools in different States could be addressed after my intervention. But there are many where action is yet to come.
You have been instrumental in filling up the vacancies in various national commissions meant for the vulnerable segments of the society. Why intervention is required when the Government is responsible do its duty under the Constitution?
Many Constitutional provisions have been violated by the Government itself. That’s why PILs are required. Being a lawyer and activist, I could not resist myself from filing PILs in the Supreme Court and the Delhi High Court. Acting on my PILs, the courts directed the Government of India to ensure the National Human Rights Commission, the National Commission for Women and the National Commission for Scheduled Caste.
People get relief from your relentless effort but many of them dont bother to enquire who is the person behind and others have no gratitude at all. How do you feel?
Civilised and/or Educated people often express gratitude for the contribution they receive from others. The common form is to say Thanks to others everyday as a social courtesy. The trend of civility like enquiry for truth and expression of gratitude has been reduced among people. Hijacking credit is another sickness of society. When a person is aware of it he/she should not be bothered for the behavior of people. However, the essence of education should be propagated strongly.
The celebration of various days dedicated to different aspects of life and to different stakeholders of society deserves universal acceptance and huge applause. How you visualised the unique idea of observance of “Universal Neighbourhood Day”, “World Rest Day”. And “World Clay Day” ? Do you think it will deserve Universal acceptance?
To promote healthy environment and civic sense, various days are being observed by us . I thought of adding three days to that. Steadily, its acceptance has been growing up.
COURTESY: The Pioneer